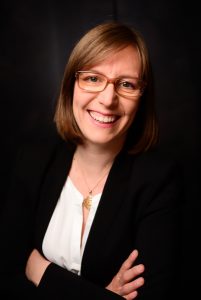 I am currently working in the Department of General Pschology and Cognitive Neuroscience on my DFG-funded project on “Personality in Voices: Individual Differences in Perception and Production”. In this project I investigate individual differences in people’s abilities to perceive personality and identity in voices. We aim in associating individual diffrences to austict traits in the general population and a sample of patiens with Autism Spectrum Disorder.

I am further investigating the abilities  of patients with sensorineural hearing loss, i.e. users with cochlear implants, to perceive voices and speech. My research here involves a long-term evaluation of speech and voice perception and data aquisition is onging until the end of next year is in colaboration with Prof. Dobel. Before this, I was working in a TAB-funded project on the evaluation of novel hearing aid technologies (read more). In this project we a) investigated individual differences in speech understanding and directional hearing in bilaterally implanted Cochlea implant users and compare a novel speech coding strategy developed by the Fraunhofer IDMT with a commercial one and b) evaluate the mechanisms of action of a non-implanted piezoelectric bone conduction hearing aid (Chilian et al. 2017, ISAAR).

My research on voices greatly benefits from the use of the sophisticated voice morphing technology TANDEM-STRAIGHT (Kawahara and Skuk, 2018, Book Chapter in the “Oxford Handbook of Voice Perception”, ISBN: 9780198743187), which I was involved in developing during my PhD time (Kawahara, H., Morise, M., Banno, H., & Skuk, V.G., 2013) The framework allows to morph, average and caricature voices. As some people might not be familiar with the concept of  voice morphing, I present here some example voice morphs I generated from a total set of 36 young adult female voices.

The morph continuum shown in the figure below includes an identity-free average voice (prototype), it is a voice generated as the average of 35 individual voices. Further you can listen to a resynthesis of my own-voice (VGS) that was morphed with the average to create  several identity-reduced voices and anti-voices, as well as some caricatures of my voice with different identity strengths. Please note that these stimuli are provided for demonstrations only, do not use them as stimuli or for further distribution.